Even though the vast majority of Muslims in America speak English, they nonetheless use a few Arabic words and phrases are so widely used that non Muslim friends recognize them at least by sound. That makes for some hillarious mispronunciations:

Like this girl, who I think is trying to say “astaghfirullah.”

Why do Muslims say to other Muslims salmonella come when they see each other? Are they bringing awareness of this disease? 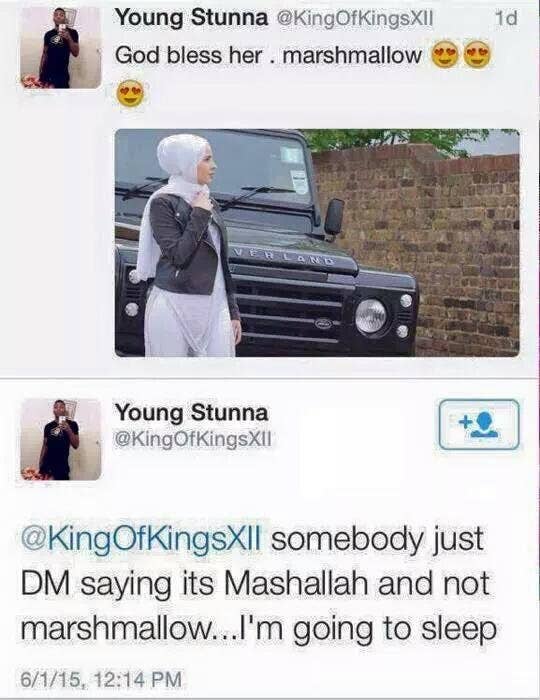 Why do muslims say 'all ham the umbrella' when they achieve something?”

This interviewer definitely knows nothing about Arabic:

I told this job interviewer I spoke arabic. I read surah Ikhlas and told him I was asking him how his day went loool https://t.co/ISodI6CJlH

Neither does Lindsay Lohan:

Lindsay Lohan wanted to tell everyone "You're BEAUTIFUL" … later found out it means "You're a donkey" #BenHafiz pic.twitter.com/PAmUPGAi2D